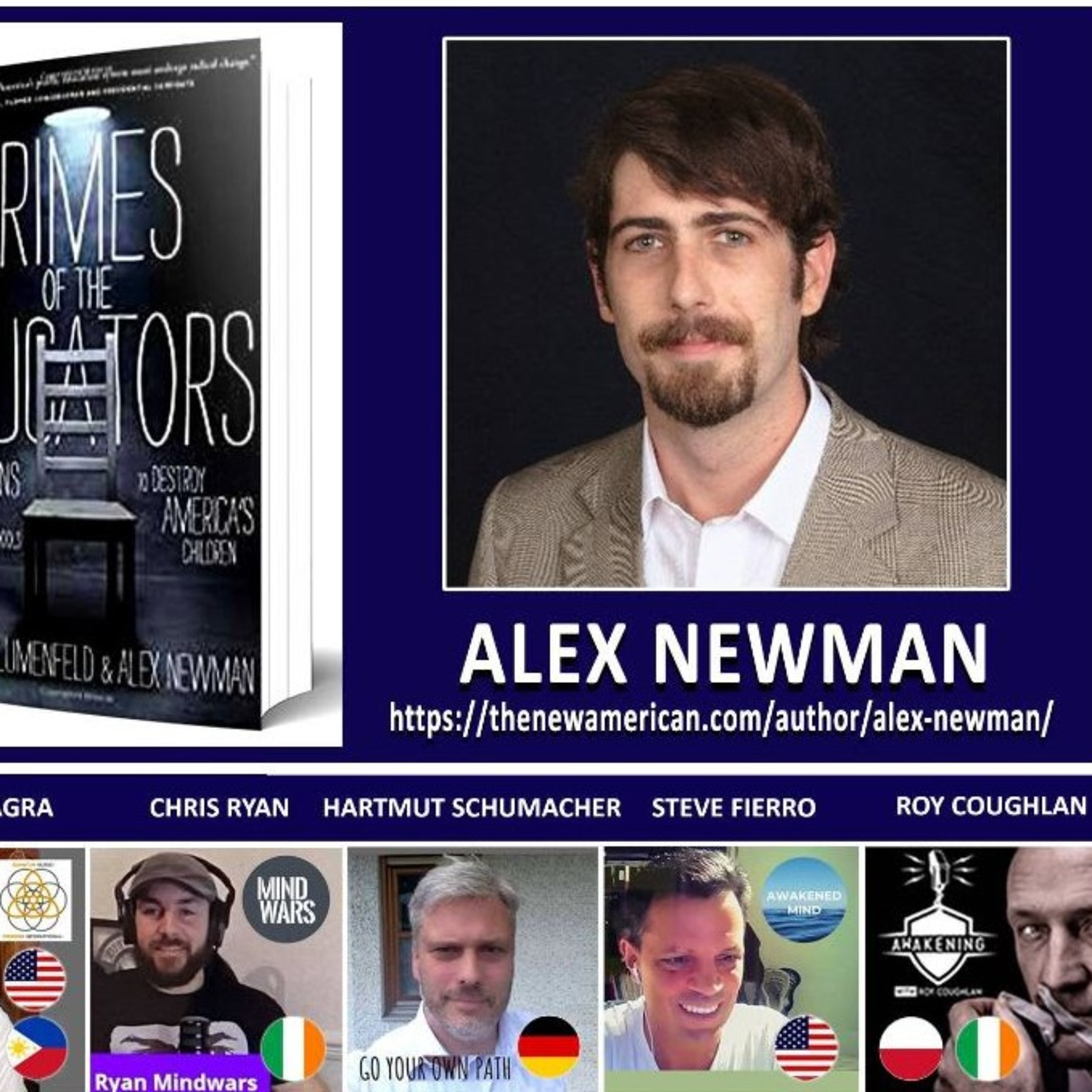 Topic: Crimes of the Educators

- The Problems in the Education System

- Why you Should Home School

- Bullying and molesting by teachers

- His views on Journalists today

- The Secret Society to destroy Education

- Why the Education System is working perfectly as the Evil creators want.

Alex Newman is an award-winning international journalist, educator, author, speaker, investor, and consultant who seeks to glorify God in everything he does. In addition to serving as president of Liberty Sentinel Media, Inc, he has written for a wide array of publications in the United States and abroad. He currently serves as a contributor to the Epoch Times, a correspondent for the Law Enforcement Intelligence Brief, foreign correspondent and senior editor for The New American magazine, a writer for WND (World Net Daily), an education writer for Freedom Project Media, a columnist for the Illinois Family Institute, and much more. He has also written for numerous newspapers and magazines such as the Gainesville Sun, Liberty magazine, The Diplomat magazine, Crisis magazine, Swiss News magazine, Charisma News, the Arkansas Democrat-Gazette, Sunshine State News, Campus Reform, Alachua County Today, and many more.
Over his career as a journalist, Alex has interviewed current and former heads of state, members of Congress, royalty, and countless other fascinating people. His work, which has received numerous awards, has been repeatedly highlighted by Drudge, Breitbart, Fox News, and many other outlets. His writing has been published in major newspapers across America, and his PR work has appeared in the New York Times, the Washington Post, Reuters, the Associated Press, and more. In addition, Alex has authored and co-authored several books. One of his major works was an exposé of government schools with internationally renowned Dr. Samuel Blumenfeld called Crimes of the Educators published by WND Books. It was endorsed by conservative leaders ranging from Phyllis Schlafly to Ron Paul. Alex also co-wrote an exposé of Obama with some of America’s leading investigative journalists including Clif Kincaid, Trevor Loudon, Joel Gilbert, and others. More recently, Alex wrote a book on the Deep State. And before that, he co-wrote a book exposing the World Federalist movement.
For more information please visit https://libertysentinel.org/