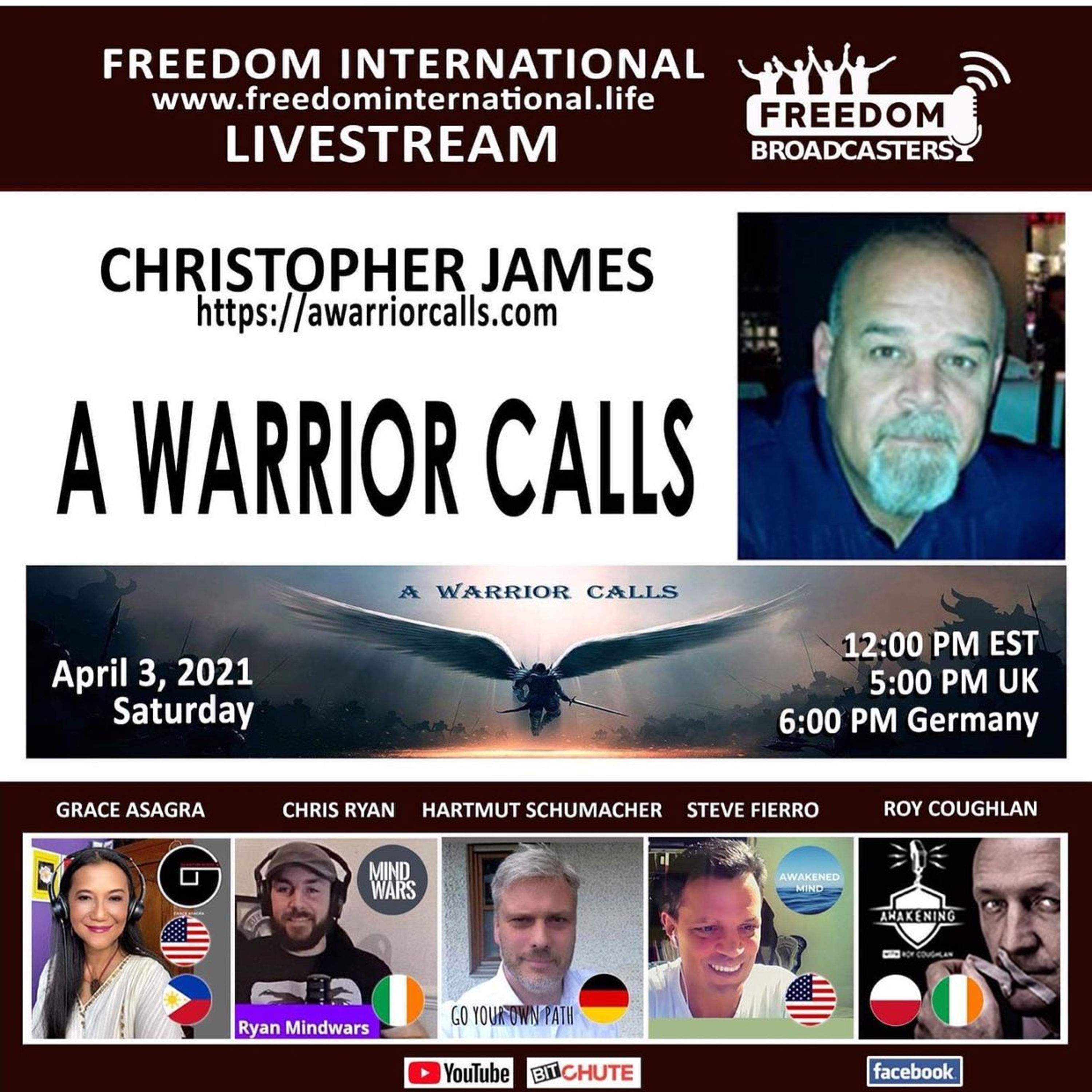 All Episodes can be found at www.awakeningpodcast.org

Topic: A Warrior Calls: One Truth Will Save the World”
Christopher James is a man with a keen eye for anomalies, a mindset inclined to look beyond the beyond, and a compelling desire to dig far deeper than the surface dirt to reach the bedrock of truth. As a professional recording and studio engineer, his listening skills are highly acute, so watch what you say under your breath or under oath, especially if it is not true.

His tenacity, persistence and people skills may have been imparted through his father, a genuine old school door-to door Fuller Brush Man. At the time of his father’s retirement, he discovered some very disturbing discrepancies within the company’s pension fund. Ironically, they felt entitled to give hundreds of lifelong employees the brush off. Christopher dug in.

He uncovered millions of pension dollars being surreptitiously diverted by new corporate owners. He then spearheaded an investigative audit and several successful FOIA initiatives.

Things were proceeding very well until the lawyer handling the case made some most egregious and unauthorized concessions, as once again further substantial financial diversions took place. Christopher then realized a secretive deal had been made between the prosecution and his own entrusted counsel.

That breach of trust triggered insights to be activated to the point of realizing that; the “Bar” to which our legal professionals are called to may not be set as high as we think and that wizards are not the only mythical characters wearing robes.

The deck is indeed stacked. Our very own courtrooms themselves are operating as a house of cards dealt by sleight of hand… all to merely enable the greatest “card trick” since the dawn of mankind. As cryptic as some of this may initially sound, Christopher’s laser focus upon certain “Foundational Knowledge” swiftly cuts through the mystique and assumptions that have long held us all captive to deceit, and as virtual slaves to our own ignorance and unconscious incompetence…

- Why he got involved in Common Law

- Why you should refer to your children as property

- How to deal with the Police

- Do Not Register a Child's Birth Certificate

- Do we need a Passport

- Know how to deal with Government Officials or Police

- There is No Virus

- Why retired Police officers are angry with the younger Police

- They are Going to Take the Economy Down

- Do Not Register a Company

All can be found at www.freedombroadcasters.com